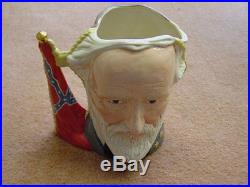 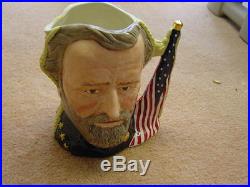 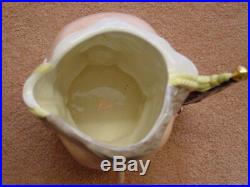 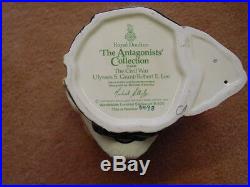 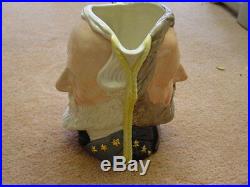 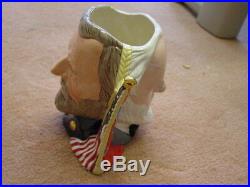 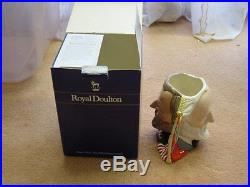 Offered is the much sought after two-sided Character jug from the antagonist series titled Ulysses S. This jug was designed by Michael Abberley with the flags of both the Confederacy and the Union.

This just is sought after by both jug collectors and Civil War buffs. This jug tends to stay on collectors shelves for long periods of time enhancing its rarity. The likeness of these two generals is amazing. The jug comes with a Royal Doulton Blue box as shown in the picture.

The jug is first quality in pristine condition. It is from the sellers collection. It has always been in a pet-free, smoke-free environment at room temperature. The item "Doulton Character Jug Ulysses Grant & Robert E.