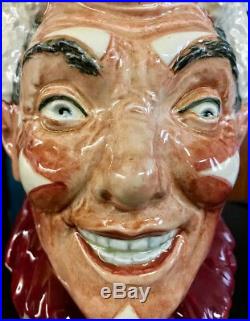 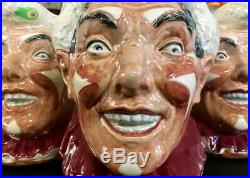 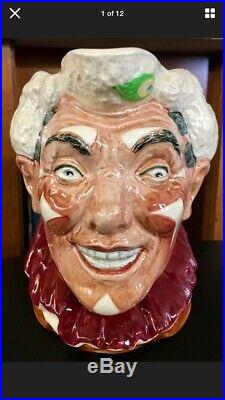 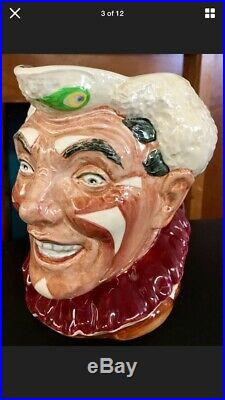 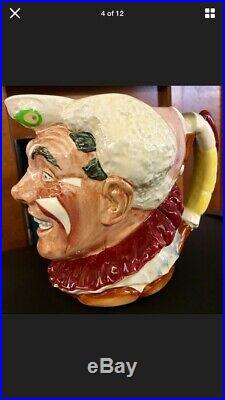 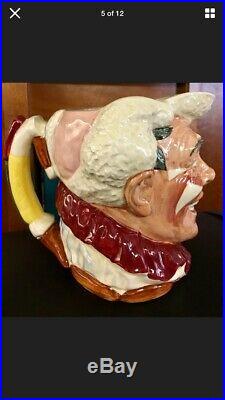 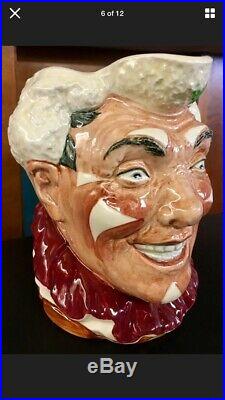 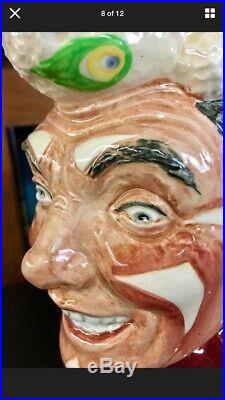 HTF/Rare RoyalDoulton THE CLOWN Character Jug D6322 WHITE HAIR Variation No. This Listing is for ONE RARE Royal Doulton (D6322) 7.5 LARGE Character Jug of THE CLOWN (3rd Colourway/Variation) with WHITE Hair. HTF In Pristine Condition with no Crazing! No chips, scratches, or damage/repairs.

Painted Vibrantly with the absolute Dramatic appearance of Psychotic Insanity! Coulrophobiacs May Need to STEER CLEAR of this Doulton Character Jug or perhaps a therapist could use it for Desensitization Therapy? Considered by many to be the INSPIRATION for the haunting character Pennywise, the lead SPOOK in Stephen Kings IT Movie. Look for the Movie Sequel (IT chapter TWO) coming in September 2019. Others feel that Cesar Romeros The Joker Villain Make Up from Adam Wests BATMAN Television Series was also inspired by this Large Royal Doulton Character Jug!

Approximately 5 Wide x 7.5 Tall and 7 Front to Back (Nose to Handle). But essentially appears Pristine/ Near Mint. The item "HTF/Rare RoyalDoulton THE CLOWN Character Jug D6322 WHITE HAIR Variation No.