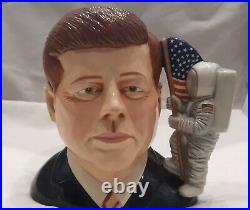 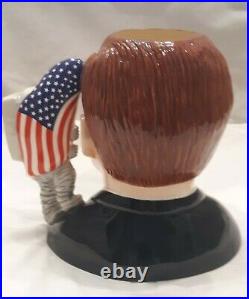 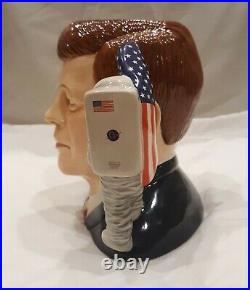 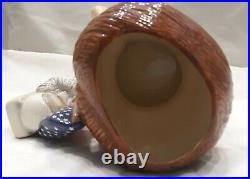 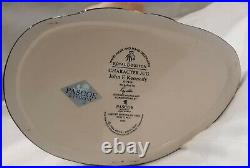 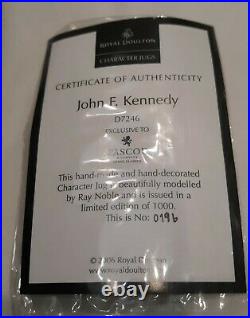 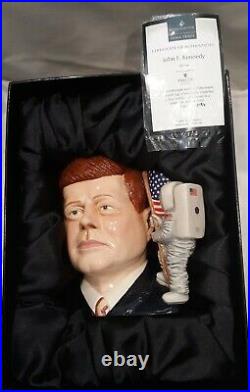 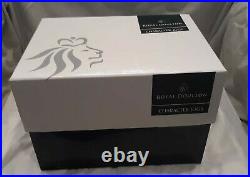 This is one of the most desired pieces in the Royal Doulton Character Jug lineup l. Imited to just 1000 pieces - its a hard-to-find/rare Toby Jug. This piece was produced in 2005 and is 196/1000. JFK was born in Brooklyn, Massachusetts on May 29. On graduating from Harvard in 1940, he entered the Navy. After his navel career, he became a Democratic Congressman from Boston, and in 1953 advanced to the Senate. In 1961, he became the 35.

President of the United States. He was assassinated in Dallas, Texas on November 22, 1963. In excellent pre-owned condition with no signs of age, free of chips, or cracks. Comes in a beautiful contoured black silk-lined box and a Certificate of Authenticity.